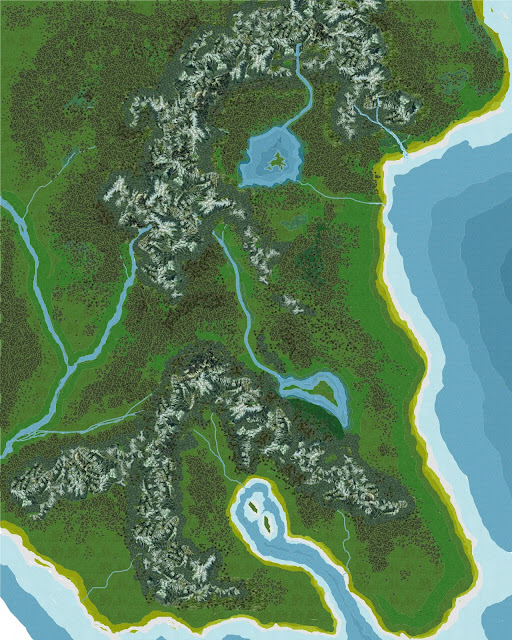 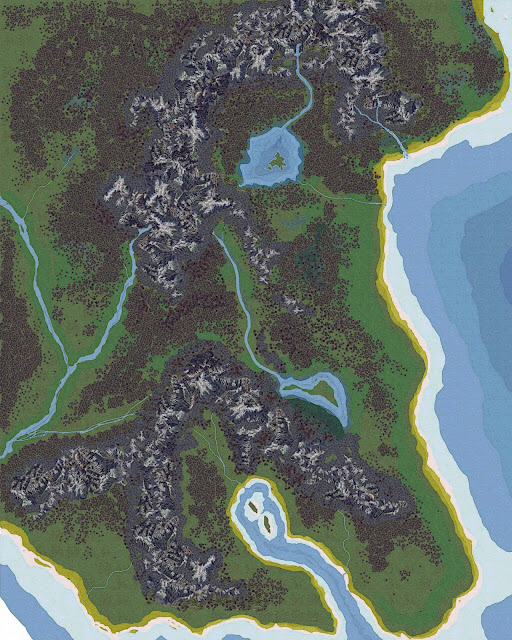 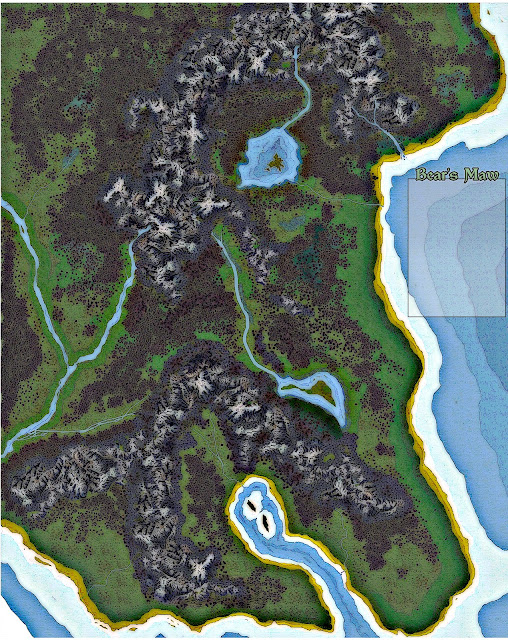 I had actually forgotten that Gygax Day would fall within the first couple of weeks here, and it made me smile, a lot, to realize that I was doing this during this sacred geek holiday.

Dundjinni is a slog sometimes - especially on a computer from the 2003-2004 era. But, again, I am not unhappy with the progress. I hope to have this labelled by tomorrow, and be properly on 'schedule' - and the ideas are definitely leaping to mind.

I can't believe how meditative this is, honestly - I've drawn many maps, but this one is catching my interest more - probably because I have to take my time, saving often. The currently offline G5 PowerMac would have torn through a lot of this, but my G4 has to think about it a bit longer. So do I.

I can't wait to get into the dungeon delve part, it's just a matter of which idea I'm going to plunge into first. I've had a lot of ideas but nowhere to put them (because my cats love physical maps with pen and paper - a lot... and they were always too big anyways).

When the hexes get put down they are likely to 6 mile hexes - this is the runoff of a mountain chain to the ocean. I wanted it rugged and wild, because that is sort of the setting - isolated civilization with copious terrain that is under explored. And savage. With remnants of refugees who came before.

In the name of the Silver Goddess, even the tame shall be wild when the stars are right. Nothing shall quell the storm of time. Ia! Ia! 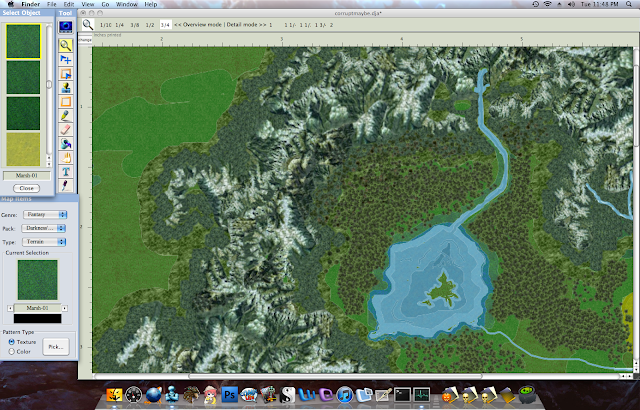 I've learned to save often, as this is taxing to a computer of its time - at least with a Java application.
at July 21, 2020 3 comments:

I failed to upload this previously, in hopes that I would assemble a more 'traditional' haunt video from footage. That moved slow, and with Covid, even slower. Much thanks to Madison Moreau who produced this video - it is a great capture of the spirit of Halloween in our Vermont homeland.

As this page hosts both my RPG and Haunting hobbies, I only felt right to upload this after my first post in over a year and a half. 2020 will mark a different direction for us, but we will be haunting as best we can. 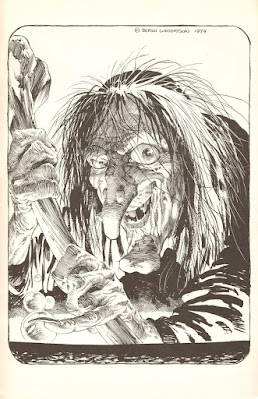 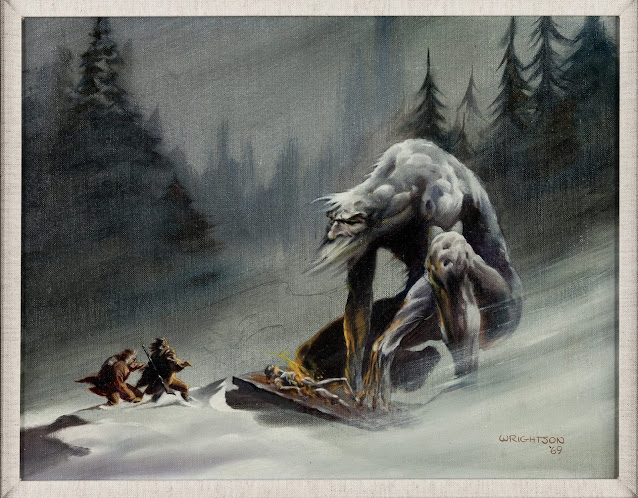 There are numerous other influences – some of which are software (Dundjinni, Comic Life), music (progressive rock, folk metal, psychedelic/occult rock), occult studies, and various periods of real world history. The goal is to produce a very cohesive and well presented campaign setting, more limited in scope than what I’ve tried for in the past. I’m not really entertaining any concept of publishing this other than as a blog, but I intend to run this setting as a series online (possibly with YouTube support, obviously not using the retro setup – though I have investigated VTTs on vintage machines).

□ Assemble a mood board

Throughout this project I will fold in plenty of representative art for inspiration, rather than separating it into a separate document. I will try and produce aesthetic layouts for the material once it is finalized, giving a thematic skin, as I truly enjoy layout work.